A text by Christian Lacroix, as part of the project The Coffee Trail.  Visit to a coffee cooperative established and managed by women in Chiapas in Mexico.

I met Claudia Nallely Illescas Palma, accompanied by her mother Clara Palma Martínez and her father Ernesto Illescas Marin, who presented the organization to us.

I asked them: Why FEMCAFE?

Claudia and her mother explained to me that the formation of the cooperative came as a response to certain problems.  For a long time, the men left the family to go and work in Mexico city, and leaving the management and maintenance of the plantation.  In this sad situation, the women had to organize among themselves to take over management of the coffee plantations.  They quickly realized that the decisions they took were always to enhance the well-being of the family.

Often, it is when people are pressed to find solutions that great things occur.

The situation made the women realize that they were capable of organizing themselves and of handling the plantation’s management.  Some of them (30%) are landowners jointly with their husbands, and often they are the sole owner of the property.

Today the organization FemCafe represents an ideal to be followed by many of Mexico’s coffee producers.  These women have evolved and survived by implementing agricultural diversity.  Since the introduction of an agricultural reform that subdivided the great plantations into smaller ones to make them accessible to everyone, producers cannot prosper by coffee revenues alone.  For example, the producer we visited, Paula Morales Ixtla, also produces flowers, cocoa and various fruits.  Paula is a great source of inspiration, and a model for two of the other young producers we met, Llama Briseida and Iraís Venegas Ramos. Other women diversify by producing jewelry, or corn and sugar cane, like Don Gregorio Moreno García.

The organization is composed of pure energy, and provides concrete proof that coffee can make society grow.  It is agreeable and inspiring to see how FemCafe improves the quality of life of the people who have become involved in the group. 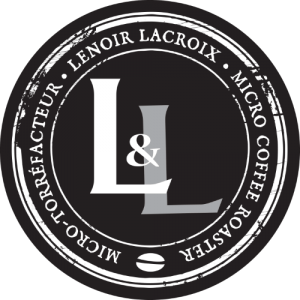 The shop is closed, the online shop remains.